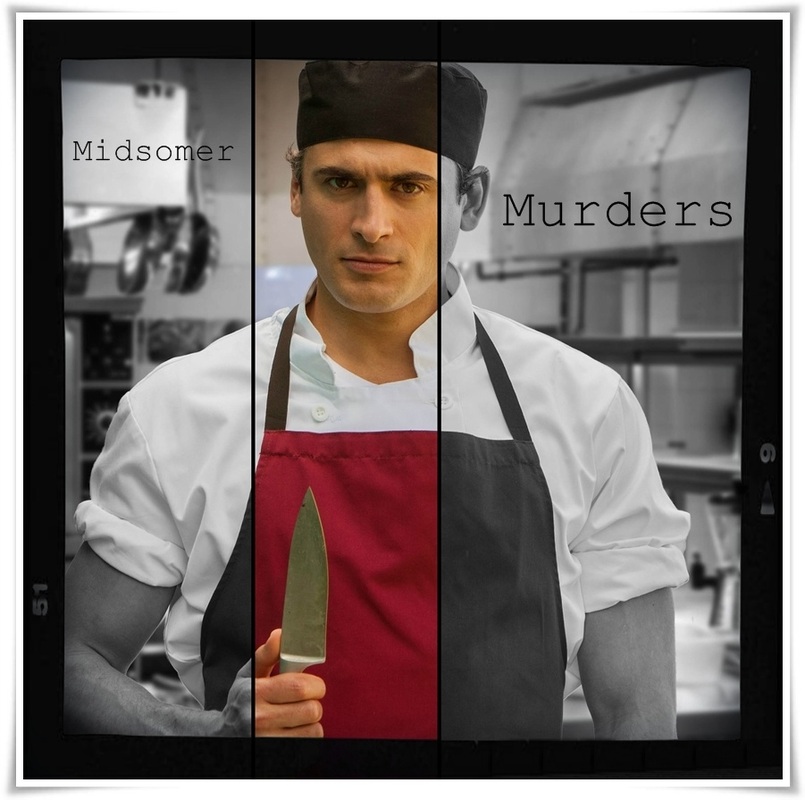 When wealthy farmer Martin Strickland is covered in truffle oil and mauled to death by wild boar, the investigation leads to restaurant Wyvern House and its tyrannical celebrity chef Ruth Cameron. Secrets from the past bubble to the surface and the killer strikes again – but the poison spreads wider than its intended target.

After hearing shots in the night, 60s model turned herbalist Lizzy Thornfield discovers the body of Martin Strickland. The wealthy Midsomer Wyvern landowner has been tied to a tree and mauled to death.   Martin’s second wife Camilla tells Barnaby that he had fallen out with the tenants of Wyvern House, his former family home, now a restaurant run by tyrannical celebrity chef Ruth Cameron and her husband Johnny Linklater.  Martin was also angry about £10,000 worth of truffles stolen from his land.   The dead man’s last phone call was to Angela Linklater, landlady of the Stag & Huntsman and ex-wife of Johnny – she’s also his lover.  Camilla put up with the affair, but she is very angry to learn Martin left his substantial estate to his daughter Amy, ambitious commis-chef at Wyvern House.   The police confiscate shotguns from farmhand Jamie Weston but the post mortem reveals that Martin was covered in truffle oil and eaten alive by wild boar.     Ruth’s protégé and whipping boy Nick Iver, sous chef at Wyvern House, is appalled to discover Ruth has stolen his recipes for her latest book ‘Wild Harvest’.  He throws a jug of fruit compote at her and storms out just as Barnaby and Nelson arrive.     None of the women in Martin’s life seem to be too upset he’s dead. Amy tells Johnny she’s now his landlady and wants to invest in Wyvern House in return for a share of the business.   Jamie shows Barnaby and Nelson the site of the stolen truffles and they spot a bat box hiding a security camera.  Jamie’s sister Stephanie, the local butcher and Nick’s girlfriend, reels at the news.   Ruth is signing books at the farmers’ market when Lizzy accuses her of killing her son Max.  Ruth returns to the restaurant in time to see Amy drop dead after tasting the wild celery and mushroom soup – the ‘celery’ is in fact a type of hemlock. Meanwhile Johnny and Angela’s son Ferdy, the kitchen porter, is found in possession of magic mushrooms.

Camilla now stands to inherit, while Nick claims Martin offered to make him head chef at Wyvern House but he turned it down because of a long-held loyalty to Ruth. Then Barnaby and Sarah realize Ruth was the intended victim. Could the murderer strike again?   Meanwhile, CCTV identifies the truffle thief as Johnny, who claims Martin was blackmailing him to get control of the restaurant. He’s arrested as Barnaby discovers that Ruth was in a car crash 22 years ago. Max Thornfield, her boyfriend, was killed and Lizzy blames Ruth.   Nick’s past catches up with him while Jamie and Stephanie are caught red-handed.  As Ruth tries to atone for her wrongdoings, the killer strikes again, but once again the poison spreads wider than its intended target.  Will anyone else die before the case is solved?
Marc Speaking to Midsomer Murders.org

Playing the part of sous chef Nick Iver in Midsomer Murders allowed Marc Elliott to indulge his passion for cooking.

"I am a big, big cook at home. I like making traditional dishes like shepherd's pie and spaghetti bolognese. I find it quite therapeutic to be chopping vegetables, grinding herbs and preparing a whole meal from scratch. I like challenging myself and testing myself when people come round to dinner.

"I do a mean jambalaya - that really is my signature dish. I went on a tour of the southern states in America in a Ford Mustang convertible; it was a real boys' road trip with two friends from university. The countryside and the cuisine were really diverse and interesting. I try to eat fairly healthily and I love vegetables.

"One of my favourite programmes is The Great British Bakeoff. I'm not a natural baker although I did make a mean lemon meringue pie the other day."

"I am well versed in kitchen pecking order. As a student, I was a waiter for several years so I know how tense and stressful the kitchen situation can be.

"Nick is not particularly ambitious and he has a temper. He respects Ruth and he owes her because she took him on when there was an incident in his past. There is a mother-son thing going on but half the time they are at each other's throats!

"In one scene, we had to pick real wild mushrooms because part of the episode is about a death through poisoned mushroom soup. In real life, I wouldn't know a magic mushroom from a wild one, so I'm sure I would end up poisoning myself or getting high."

The role was Marc's first since leaving EastEnders and he enjoyed the whole experience.

"We filmed at a lovely village - Hambledon in Oxfordshire - and it was the most gorgeous chocolate box place and we were also blessed with the sunshine. It was like a holiday.

"This is my first television since leaving EastEnders and I loved the time we got for filming and rehearsing and having time to think about my performance. To have a read-through was luxury after the fast turnaround of EastEnders. It was like making a mini film."

Marc played Syed Masood in nearly 300 editions of the soap.

"I still get recognised as Syed but it's dying down a bit now because I'm off screen and people generally forget about you. I'm not complaining at all, though, because I had a wonderful time on EastEnders and it raised my profile. It was the first time a soap had explored a gay relationship within Islam."

Marc's other credits include The Invisibles and Holby City. "You have to be careful when you come out of something big and I want to structure my career in the right direction. I did a black comedy called Tape and I'm writing a horror comedy."

In this spare time he likes to keep fit. "I've just started playing squash and going to the gym more regularly. It's a killer on the glutes, though, and I'm feeling the pain at the moment!"

Copyright Joan Street With Thanks to Midsomer Murders Fans.Org